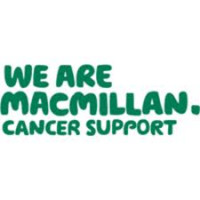 Many bowel cancer patients are experiencing a lack of affection, emotional and practical support after surgery, according to new research by the University of Southampton and Macmillan Cancer Support, released today at the International Psycho Oncology Society Congress.

The Colorectal Wellbeing (CREW) study follows more than 1,000 people with colorectal cancer from before their surgery until five years afterwards.

Results showed that people with colorectal cancer saw a reduction in affection, social interaction and practical and emotional support after surgery – and for up to two years afterwards.

Even more worryingly, those that lacked social support, such as having someone to talk to or help with practical tasks like household chores, were at a greater risk of a poor quality of life.

For example, at diagnosis, 1 in 20 (5%) patients said they had little or no affection.

Findings are similar for patients missing out on practical help. Two years after diagnosis, the proportion of people who lacked support was more than double that at the point of diagnosis (12 % vs 5%).

They were more than three times as likely to experience poorer wellbeing.

The research also showed that the odds of a patient having clinical anxiety or clinical depression are approximately doubled if they live alone compared to those who do not.

Those with poorer social support or living alone are more likely to be older, female, live in deprivation and have less confidence to manage their illness.

Macmillan Cancer Support says this research highlights the needs of people affected by cancer, beyond their medical treatment.

They need emotional and practical help and not just while they are going through treatment but for however long they need it afterwards.

Without this, people are left struggling with anxiety, depression, and poorer well-being.

Macmillan is calling for cancer patients to have a full assessment of their needs and a care plan that addresses the practical emotional and financial implications of their cancer diagnosis.

It needs to be regularly reviewed before, during and after cancer, so they can get continued assistance – particularly if family and friends are unable to provide it.

Ron Peck, 55, a teacher from Sussex, was diagnosed with bowel cancer in 2011.

Five years on, he still feels the lack of ongoing support.

He said "I’d been warned that the support you have during your treatment can suddenly fall away. I thought I was prepared for it but I ended up feeling emotionally isolated and abandoned. You live your life around full-on treatment regimes, appointments and having regular opportunities to talk with your care team, then it suddenly stops. There was a void where my care used to be and there was no-one to talk to about my ongoing side-effects. Many of your friends who initially rallied around move on too. They don’t appreciate the continued impact that cancer has on you. But all of this combined leaves you feeling isolated, you feel very low and it’s upsetting because you feel like you’ve been left to fend for yourself. "

Macmillan, which offers a range of services from the point of a cancer diagnosis and for months and years afterwards such as its free telephone helpline, is urging people affected by cancer to get in touch if they need help.

It also has a website, The Source, with tips for friends, relatives and colleagues of people with cancer.

Professor Claire Foster, Chief Investigator of the CREW study, said “It is so important for people to have the help and support they need to manage the consequences of cancer after being diagnosed and treated. Assessment of people’s needs early on in the recovery process and then at regular intervals would help identify those most in need. There are vulnerable patient groups such as older people, those living alone and those experiencing anxiety and depression who are most likely to need additional support. People can feel isolated following their treatment and those with limited social support are at greater risk of this. More needs to be done to identify and help people who are struggling in the months and years following cancer treatment.”

Lynda Thomas, Chief Executive at Macmillan Cancer Support, said “This research shows the heartbreaking reality for thousands of people with cancer who are going through one of the most difficult times with no one to talk to, no one to give them a hug when they’re feeling down, no one to cook them a meal when they’re wiped out from chemotherapy. It’s hard enough going through cancer when you have support, but without it, you must feel completely lost.

“At Macmillan, we know that people with all types of cancer are trying to cope without help – and dealing with the devastating effect it can have on their recovery. We also know that sometimes these people do have friends and family who want to help but don’t know how or are worried they will say or do the ‘wrong’ thing. We encourage people who have cancer and are feeling alone, as well as friends and family who want to help, to get in touch with Macmillan.

“The health system has a role to play too. By making sure cancer patients have a full assessment of their needs and a care plan that is regularly reviewed, they can encourage patients to get the help they need, whether that is practical assistance from social services or health specialists, or just someone to talk to. Every person with cancer should be given the right support to give them the best chance at getting their life back on track.”