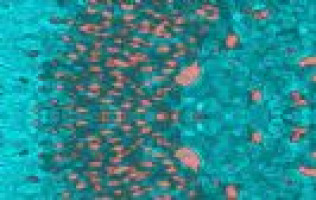 Breast cancer patients over 50 years old could be spared invasive procedures by use of stratification based on tumour size and molecular characteristics, including Ki67.

The cell proliferation index Ki67 is significantly associated with lymph node metastases in patients aged over 50 years and with smaller tumours, which may help reduce the need for sentinel lymph node biopsies in some women, researchers report at the ESMO 2016 Congress in Copenhagen.

The Ki67 protein is associated with cell proliferation and therefore gives an indication of the aggressiveness of disease, which makes it a useful indicator for treatment decisions in breast cancer.

However previous research has not settled the question of the relationship between Ki67 and other tumour features such as size and axillary lymph node metastases.

Analysis of data from 1,785 patients treated for breast cancer (T1-T2, N0-N1) at the National Cancer Institute of Milan showed higher Ki67 values were significantly associated with larger tumour size and increased likelihood of axillary lymph node metastases in patients aged 50 years or older, regardless of hormone receptor or HER2 status.

“We may have found an indirect way of evaluating nodal status in a small subset of patients, thus sparing them some invasive procedures,” said principal investigator Dr Giacomo Bregni, from the IRCCS AOU San Martino and the IST-Istituto Nazionale per la Ricerca sul Cancro in Genova, Italy, previously working at the National Cancer Institute of Milan.

However, no relationship between Ki67 and axillary lymph node metastases was found in patients aged under 50 years or with tumours of 10mm or less in size.

Researchers also noted that the odds of axillary lymph node metastases increased by 42% for each 5mm increase in tumour size (95% CI: 1.33-1.51) in all breast cancers except triple negative cancers.

“Ongoing studies are evaluating axillary surgery and sentinel lymph node biopsy in breast cancer, and it could be worthwhile to consider a stratification based on tumour size and molecular characteristics including Ki67,” Dr Bregni said.

Providing independent comment on the study, Dr Giuseppe Viale from the University of Milan and the European Institute of Oncology, said, “Sentinel lymph node biopsy is the standard of care for the local treatment of patients with clinically node-negative early breast cancer, because it allows us to spare unnecessary completion axillary dissection.”

“However, some 70% of these patients will have a negative biopsy, thus raising the question whether we are able to identify patients for whom sentinel lymph node biopsy might be avoided.”

“The current study suggests that patients with exceptionally good prognosis, according to age, tumour size and tumour proliferative fraction, and those with triple-negative breast carcinoma are at such a low risk of axillary lymph node metastases that they may be spared sentinel lymph node biopsy.”

“This is a mono-institutional and retrospective study, and therefore hypothesis-generating, however a multi-centre clinical trial is currently recruiting more than 1000 patients to verify whether, in presence of a negative preoperative axillary assessment, sentinel lymph node biopsy can be spared and the decision on adjuvant medical treatment be taken according only to the biology of the tumour,” concluded Dr Viale.