ecancermedicalscience is an open access cancer journal focused on under-resourced communities. In order to help reduce global inequalities in cancer care and treatment, we provide free access to all articles from the point of publication and we only charge authors who have specific funding to cover publication costs.

The journal considers articles on all aspects of research relating to cancer, including molecular biology, genetics, pathophysiology, epidemiology, clinical reports, controlled trials (in particular if they are independent or publicly funded trials), health systems, cancer policy and regulatory aspects of cancer care.

Treating the patient, not the disease: in memory of Umberto Veronesi 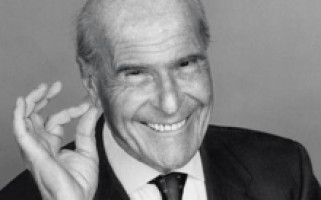 Having read obituaries passionately for years I acknowledge the art of writing them. So no attempt to emulate these distinguished journalists here, but a simple editorial to introduce the Special issue in ecancer to celebrate my co-founder of this journal. Umberto Veronesi and I agreed about most things, but free access to knowledge was a fundamental credo for each of us. That the publishers of learned articles on biosciences could turn over 16 million US dollars annually seemed obscene to us, as it guaranteed and enhanced social deprivation within, among other fields, cancer medicine. So ecancermedicalscience was born to be free - free to publish, free to read. We debated paper vs the internet for a few weeks, but decided on the latter, so that global outreach might follow, and those scientists, doctors and, most important of all, patients in developing countries would benefit most from our efforts.

Nine years on I was able to inform Umberto, a few weeks before his sad passing, that 14 million visitors had logged on to ecancer, from 196 countries. “Seven short of the Olympic Games” was his triumphant verdict!

But enough retrospection, as it is not ecancer’s style. Our six commissioned articles look forward and stand on Umberto’s shoulders to improve the view. The great teacher could communicate with folk from any walk of scientific life, and his allergy to silo mentality was one explanation for the range of the topics in this special issue, from carcinogenesis and genetics through chemoprevention and nuclear imaging to conservative surgery and cognitive psychology, with contributions emerging from several continents, at least one of which is far from developed.

The first article is from Ketti Mazzocco, Chiara Marzorati and Gabriella Pravettoni from the European Institute of Oncology and the University of Milan.  It discusses Veronesi’s contributions to building up the science of cognitive psychology – something which he considered to be of great importance, and the keystone of his belief in treating the patient, not the disease.  The second article in the issue is an historical overview of the Veronesi quandrantectomy, one of his most well-known contributions to cancer treatment, by Giovanni Corso, Paolo Veronesi, Virgilio Sacchini and Viviana Galimberti from the European Institute of Oncology.

Next, a contribution from Giovanni Paganelli of the IRCCS, Italy, which discusses the author’s experience of working with Veronesi at the European Institute of Oncology on sentinel node biopsy, ROLL and IART in early breast cancer.  Marisel Aguilar, Sabrina Alfredo and Ricardo Aguilar (Clinica Biblica Hospital and Hospital of Greece, Costa Rica) also explore the role of radioguided localisation with a review of the results from their first 800 patients in private practice.

Felipe Ades, Konstantinos Tryfonidis and Dimitrios Zardavaz (Hospital Israelita Albert Einstein, Brazil, EORTC, Belgium and BIG, Belgium) have contributed a fascinating review of the past and future of breast cancer treatment, describing Umberto Veronesi’s work with Gianni Bonadonna at the Istituto Nazionale Tumori in Milan on partial breast surgery followed by radiotherapy, chemotherapy, and tamoxifen, when applicable.  The last article in the special issue, by Marco Pierotti (FIRC Institute of Molecular Oncology (IFOM), Milan and Foundation IRP Città della Speranza, Padua) explores the new dawn of personalised medicine based on genetics, a topic close to Veronesi’s heart, and policymakers’ efforts across the world to tackle the disease.

Our authors are ex fellows, followers, friends, colleagues, collaborators and creative spirits, committed without exception to the patient, not the disease - Umberto’s overriding mantra. Like many of his patients, we at ecancer owe him a debt of gratitude for his total belief in the journal, and the continuous commitment to its expansion. Our branching out to ecancer Latin America, ecancer Africa and ecancer India amazed him, and was only surpassed by his praise and passion for ecancerpatient – because improving the lives of patients was his life’s work. Thank you, friends, for writing for this special issue, and thank you, readers, for taking time out to catch up.

Return to the special issue page

Special Issue: The molecular understanding of cancer: from the unspeakable illness to a curable disease
Marco A Pierotti
https://doi.org/10.3332/ecancer.2017.747
Abstract | Full Article | PDF